A journalist of New York Times, Eric Asimov, specialist for wine in NYT attended the dinner by Bouchard when we have drunk the 1846 Meursault and the 1865 Beaune Grève, Vigne de l’Enfant Jésus.

Look at his report by clicking here.

He mentions some of my remarks, which is always pleasant. 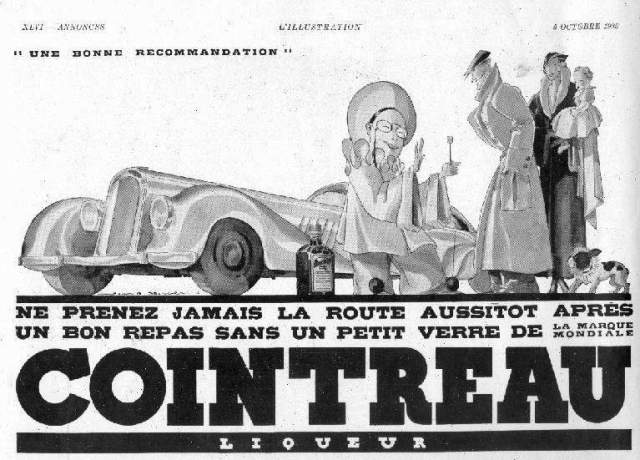 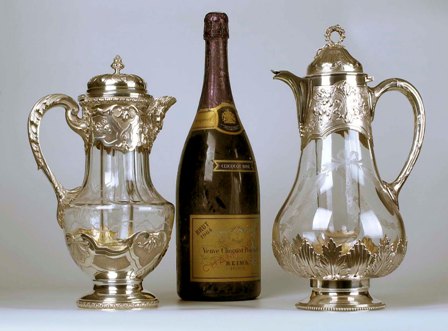 Such a picture gives an image of fine dining and drinking.

I wish all the visitors of this blog, and to all the persons with whom I have shared great wines, a very happy Christmas, and a very successful new year. 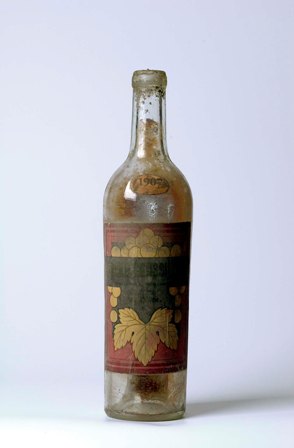 difficult to find a wine which has just 100 years !

I will talk about some wines which appear with a certain personality, due to the circumstances.

A Swiss magazine is addressed to the owners of a credit card which, as every credit card, is exclusive. This one puts sugar in your coffee, irons your shirts when you travel, and warms your bed when you feel lonely. This magazine felt that talking about me would be justified, and sent me two journalists to write on my love for wine.

Meanwhile, an American living in Alabama travelling through France asked me if we could meet. As the dates coincided, and as the journalists wanted to make pictures of my cellar and of a place where I make my dinners, I found intelligent to say yes to the American and to organise a lunch in a nice restaurant with the journalists and this wine lover.

Everything was planned, and suddenly I had a phone call of the journalist : “our train will be late with two hours”. So, the lunch was compromised.

The Alabama wine amateur phones me and I say : “the lunch is out of date. So, if you buy sandwiches for five, you come to my cellar, and I will open a nice bottle”.

He says yes. So, the journalists arrive and I answer to questions. Then the Alabama man comes and I see a young man, like a school kid, but he is a lawyer, with the look of a kid. He has sandwiches in a bag, and he is accompanied by his lovely girl friend, who proves that the beauty of the world appears to be in Alabama. We go in my cellar, and I answer to questions and I try to make an intelligent face when the photographer makes pictures of me. While talking, I try to figure what I should open. This must be a wine which is already old, but not too old, which can be opened in a cold cellar without appearing tight, and which can be enjoyed without having enough oxygen. As I had recently a nice try with a wine, I chose this one : Chambertin Pierre Damoy 1961.

The wine is gentle enough to appear nice even just after opening in a cold atmosphere. And it was a delight with the sandwiches. We talked and I said that my real collection of Yquem was not in this cellar. But Jonathan had seen some Yquem in different places. And he said at one moment : “I have never drunk any Yquem”. And the journalist said : “me too”.  Was it an appeal ? I did not say anything, but I wandered in the cellar. I saw halves of Yquem 2002. How is it possible that I bought this year, I do not know, but they were there. So, I opened the Yquem 2002. It was my first try.

I must say that everyone is able to say what he thinks about this wine. This is obviously not a powerful Yquem. It will not live as a sugared Yquem and I suspect that it will be dry soon. But it has charm, when one does not expect a bomb. The tropical fruits that are exposed pleased me. It is an Yquem to love for what it is, and not for the image that everyone would love to find in an Yquem. So, I would easily accept this Yquem in its youth. And I enjoyed it. My guests appreciated it, and we finished this stay in my cellar in an excellent mood.

Now, the readers of this credit card magazine will know that if they can reserve a theatre on the moon, they can also dine with me “in live !”.

I am a man who knows that he has messages on his cell phone, but finds vulgar to check which messages are recorded. So, as I was supposed to attend a tasting of the wines of Marcel Deiss, the talented Alsatian producer, I arrived in the Caves Legrand, with a smile on my face, and had this welcome : “the tasting is cancelled, why didn’t you check your messages”. I was frustrated as all my planning was organised by integrating this event and I was there as an idiot.

And I saw that someone was proposing to taste Chateau de Myrat Sauternes 2003. Robert Parker is used to give sometimes some tips. If I may give a tip to the eBob members, I would say : buy this wine. This wine is the opposite of Yquem 2002. In the Myrat, the grapes are overripe, the sun has played an enormous role, and this wine makes me think of Lafaurie Peyraguey 1961, burnt by the sun.

This Myrat is already charming, drinkable, and gives a great pleasure. I recommend it as a bargain. I had interesting talks with the owner as I was the owner who presented his wine. A charming man.

The day after, I attended one of the weekly meetings of some members of a famous club in Paris. I never attend this meeting, so I decided that I should retire from this famous club, as my fees, divided by the number of meals that I attend there, make the meal at an astronomic price. So, I attend the lunch, and a friend of mine is proud to say that today, it is his 45th birthday.

At the end of the lunch, I say to the president, “would you allow me to offer some champagne”. The president says yes, and my friend asks to talk and says : “I must say that I appreciate the generosity of François who wants to offer champagne for my 45th birthday”.

I ask for champagne, and two bottles of Veuve Clicquot rosé 1985 arrive on the table. Some friends say “wow”, and then I ask to talk and I say : “ of course, it is for the birthday of my friend, but it is also to thank all of you for their friendship, as I intend to leave this club as I do not attend enough our meetings”.

This champagne is absolutely exciting. I had already a magnum of Veuve Clicquot rosé 1964 which was stupendous, but this one belongs to this extreme quality. The colour is orange yellow pink of a particular refinement, the bubbles are very fine, and the wine prints in the mouth the greatest distinction. It is really a great rosé, among the greatest.

So, in three occasions, a wine is not only a wine, it is a wine in an atmosphere which gives to the wine a specific personality.

A question was asked on the Parker forum about the best wines drunk in 2006 (not finished). To get my answer, please click above on the word "ici"