France, and more precisely Bordeaux, becomes for a week the center of the world of wine. Every professional of an incredible number of countries are there for Vinexpo and for the opening dinner in Chateau Haut-Bailly it is not less than 35 different nations who will attend.

The cars are parked on big meadows as we will be approximately one thousand for the dinner. 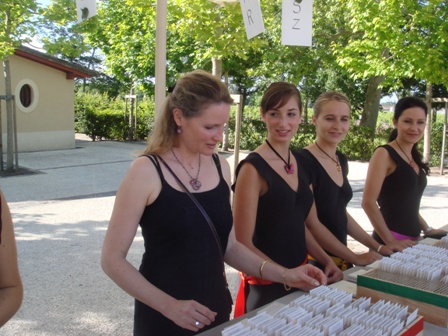 Electric cars drive the guests to desks where glamorous hostesses give booklets for a tasting of all the Pessac Léognan 2004. The invitation was in fact made by the association of Grands Crus classés de Graves.

In an alley, the incredible smile of Véronique Sanders welcomes the guests. In the chais, every chateau of Pessac Léognan presents its wine and I say hello to many owners. I begin –unfortunately or fortunately – by the best, La Mission Haut-Brion 2004 with a very natural power. It is extremely different from the Haut-Brion 2004 which has more fruit and less power that I find less convincing. As on the table the Laville Haut-Brion white 2004 is presented, I do not resist and drink it, and I immediately realise that I will not have any objectivity during this tasting as I fall in love with this Laville because I adore Laville. So, this is an excuse to forget the booklet and wander from one wine to another. I will just mention the extremely sexy charm of the red Smith Haut Lafitte 2004 which combines a very strong attack to a soft mint landing, and the usual purity of a very classical and peppery Haut-Bailly 2004, the wine of the place.

My palate is quickly saturated and I leave the chais for the garden where waiters propose Pol Roger champagne. And it is absolutely appropriate to quiet the sensations given by these great Bordeaux. Waiters in white propose many canapés, and I talk with this very cosmopolitan attendance. 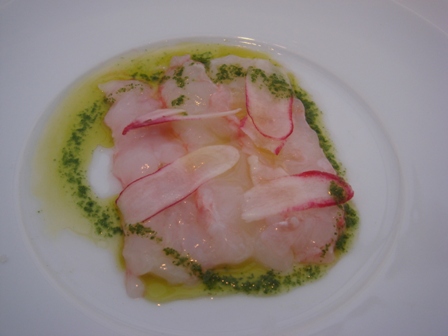 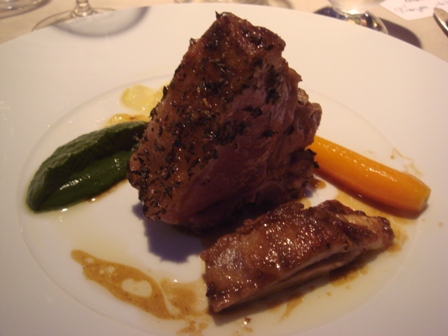 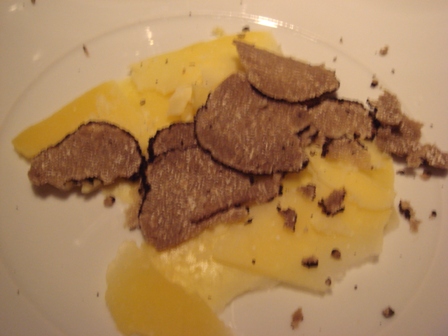 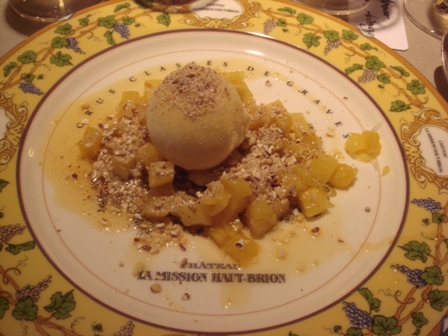 I will say with a smile of the same kind as the smile of Alain that this three stars chef, who decided to abandon the meats in his menus, has not lost his skill, as the lamb was absolutely delicious when one thinks that it was prepared for approximately 1,000 people.

It is time for the speeches, and Robert Wilmers, who bought Haut-Bailly to the family Sanders less than ten years ago, welcomes this event. Then, Jean-Marie Chadronnier, president of Vinexpo, makes a very engaged speech, insisting on the importance of the family Sanders, and specially Veronique, and talks about the smile of Haut-Bailly, which is in the face of Veronique, his father and the Wilmers but also in the glass. I have appreciated a lot that this man, president of a huge event, instead of congratulating himself of the importance of what happens, decided to make a vibrating greeting to Véronique.

And now, I was completely under the charm of Véronique. I am used to speeches which are delivered in international meetings. Many are outrageously conventional. I saw the smile of Veronique full of generosity, distinction, sense of the others and she made a speech, mixing French and English languages with harmony and presenting every chateau and their owners with the most elegant words. This is a lesson of harmony, good manners and sense of relationship. When the Prince of Luxembourg made the final speech, even if his message was perfectly delivered, he could not let me forget the five minutes of pure charm that I had lived. 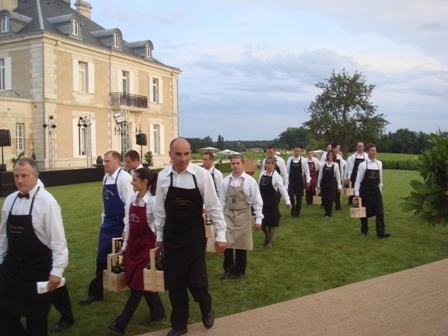 At my table, Bernard Burtschy the wine specialist of “la revue du vin de France”, Bernard Magrez, the wine tycoon, a German man connected to the Schlumberger estates and a woman who lives in Spain and who is responsible of the referencing of wines for Lavinia, the biggest European wine shop. Bernard Magrez being at the opposite seat of the table it was impossible to talk with him due to the form of the table. 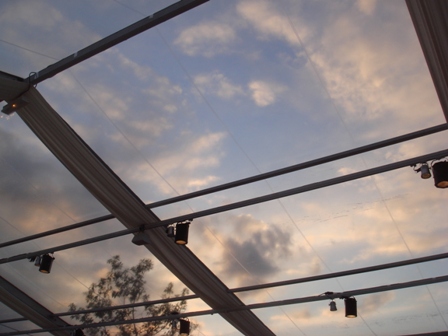 (the transparent tents create plasant colours above our heads)

The wines of all the chateaux were spread and we had Malartic-Lagravière white 2005, Carbonnieux white 2005, wines which are very young for my palate. The Laville Haut-Brion 2003 pleases me more, but it could be due to my love for it. Many other wines were brought to our table. I will mention that with the Comté and Summer truffle, we had Haut-Bailly 1985 in imperiale, and it created a very exciting match. My neighbour said that this match did not work and preferred the cheese with the Laville but I will say that due to the softness of the truffle, generously spread on the plate, the combination with the Haut-Bailly had more subtlety. I realised that it would be hopeless to argue on that with her.

Then a big show began. A large number of Brasilian dancers, the males being very athletic and the women making explode my blood pressure began to dance with Carnival costumes and it is interesting to notice how women in huge costumes can appear so nude. 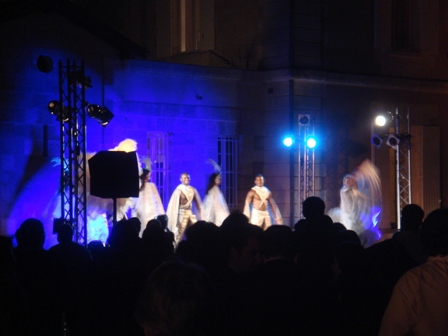 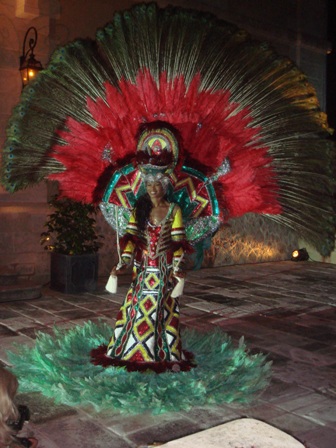 A female singer with a deep voice full of eroticism contributed to attract the attention of everyone. Big cigars and Tariquet Armagnac were largely consumed.

The eyes full of the colours of this show, I came back to the parking, convinced of one thing : the wine makers of Bordeaux are experts in making wine, but are genius when they receive guests.