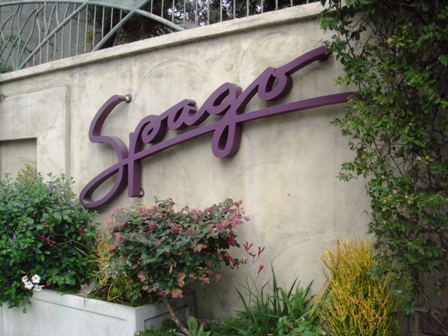 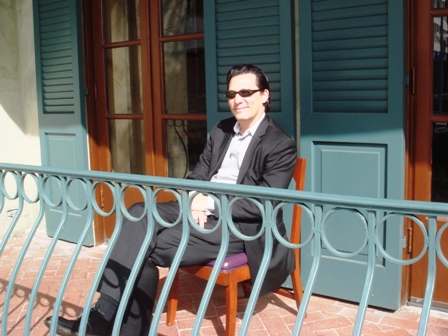 I arrive by Spago, and I see Christian Navarro, taking the sun, with a look à la Mickey Rourke. 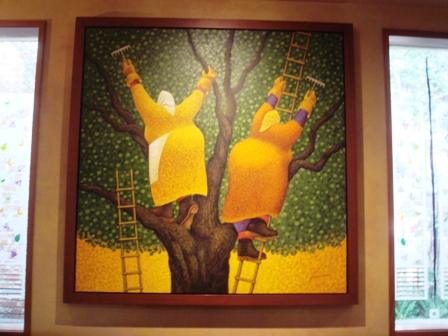 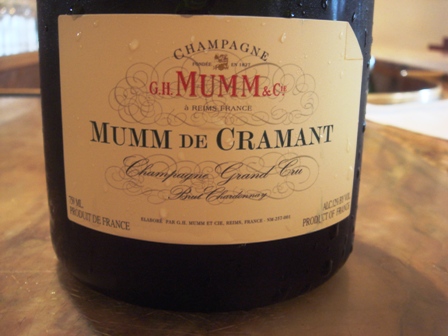 In the main room which we will not use, this painting is reproduced on the menus that each of us will receive. The welcome champagne is this Mumm de Cramant of Mumm. 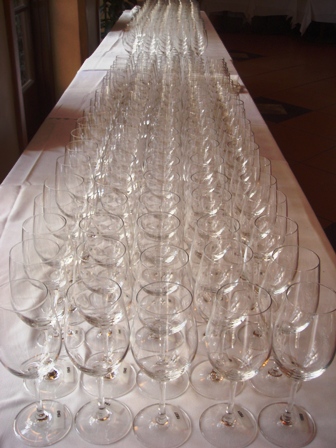 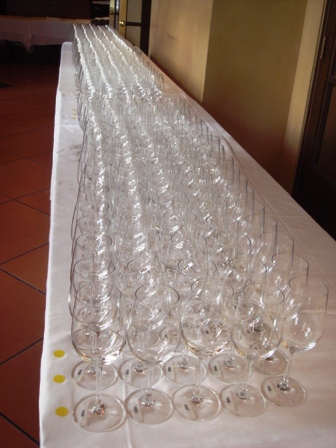 These two groups of glasses have already the year printed on the foot, ready to receive the golden liquids. 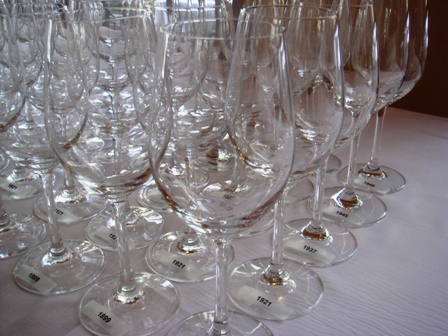 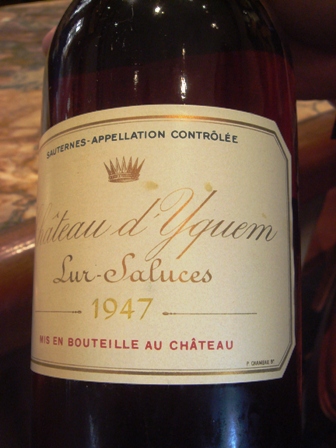 The magnum of Yquem 1947 is impressive too. 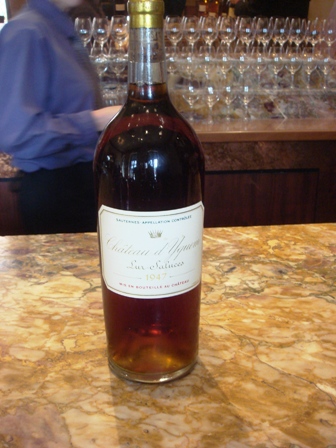 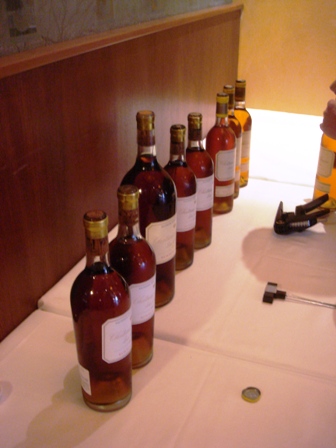 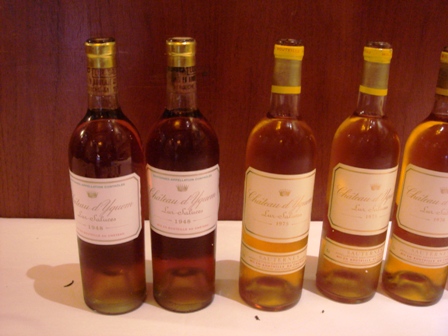 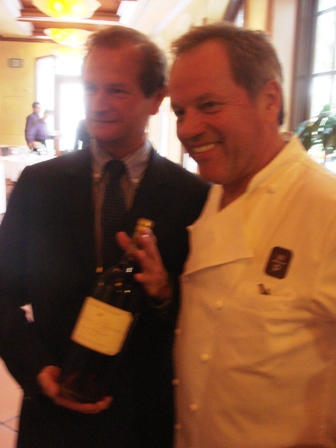 The picture on the right is not precise enough, but I would like that Pierre Lurton having in hand the magnum of 1947 would be together with Wolfgang Puck, the talented chef. 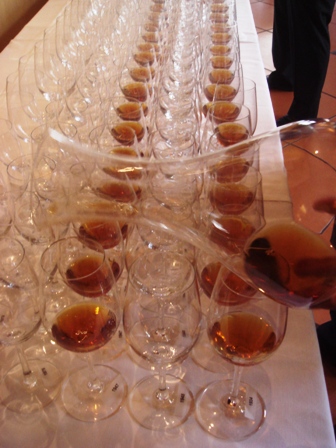 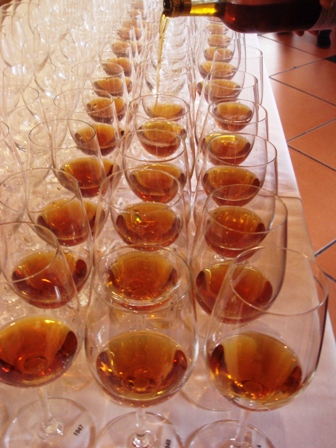 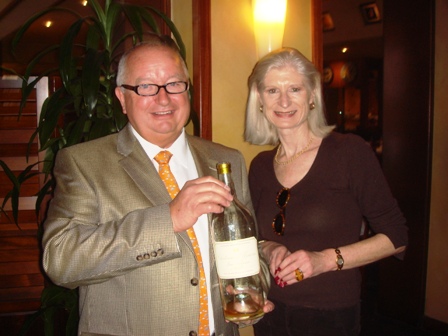 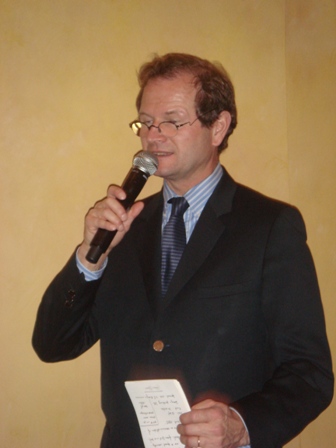 I wear the empty magnum of 1947 in the company of Serena Suttcliffe. Things begin to be serious when Pierre Lurton explains the wines of Yquem. 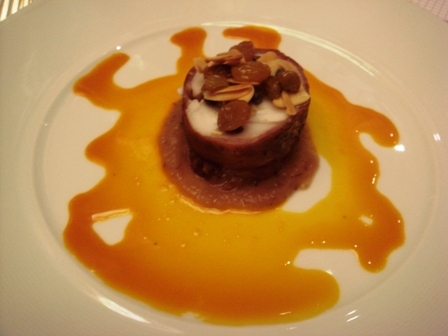 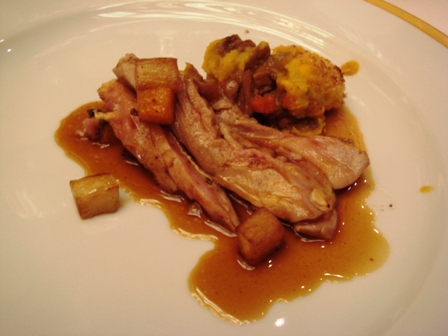 The sauce, on the left, was incredibly good with the wines. 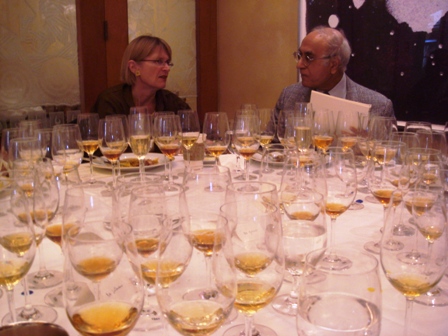 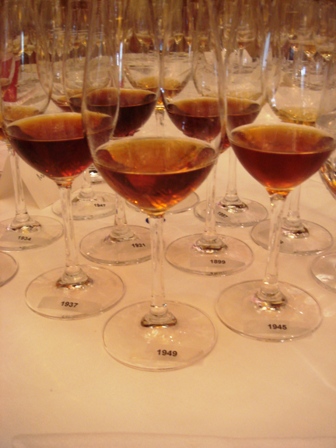 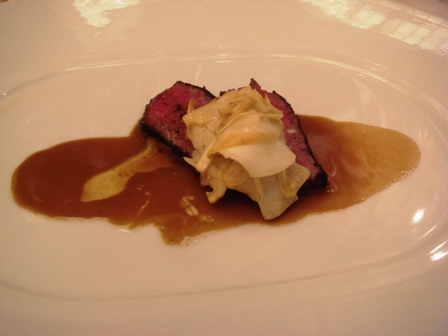 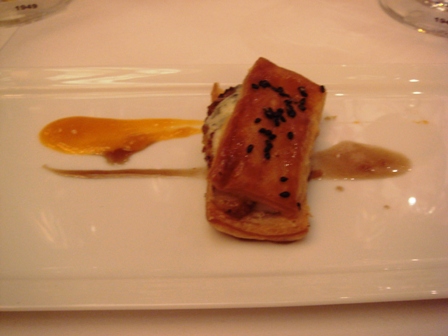 The Kobe beef was a pure marvel with the old Yquem. The Stilton was OK but the Roquefort was too intense. 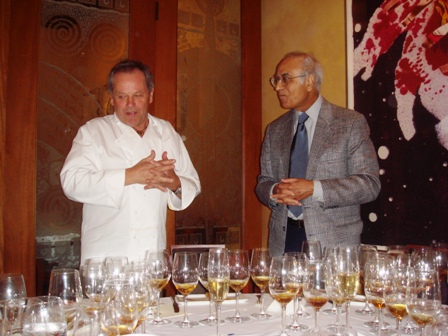 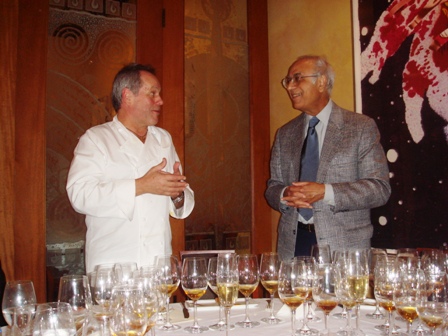 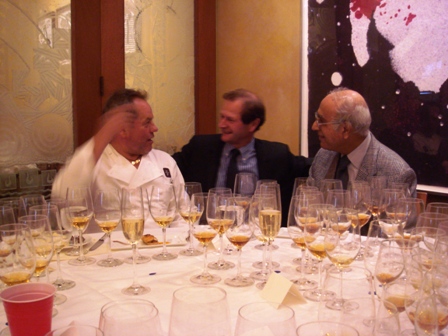 Pierre Lurton joins the group. Wolfgang is always so moving that I was unable to take a picture with him being quiet.