After sixteen hours of restful sleep, it’s time to revisit San Francisco. On the first of May, in the USA, we work, but we also manifest. It is a day of parades for the regularization of illegal immigration. Here, it is gentle, folkloric. Small groups are formed of the same tendency of skin, behind placards illegible to five meters. The important thing is to show up. The policemen barred the streets to let those meager groups express themselves with smiles. Being very close to this agitation since the epicenter is at Market Street and Union Square where I am wandering, I will have an impression contrary to what I will read the next day in the newspapers, where one evokes the most important parades since the Protest against the war in Vietnam. Who is right ? The passing tourist? The journalist ? Probably the newspaper, since it is written.

I am pleased when strolling through the American streets, which are living galleries of portraits. All that one can imagine more typified, marked, even deformed, walks. The socially excluded are shown. A young alcohol-eating white boy scratches his gray legs that have not seen water for ten years. A policeman on duty took up his position to read his newspaper on a firemen post by engulfing a huge sandwich. At the lunch break young executives go into tiny stalls hideously decorated, nibbling obese foods. Conversely, ladies with multiple lifted faces walk dogs wrapped in rose clothes in the places where it is necessary to be seen. I would dream of having a concealed camera to capture these incredible faces of creative beauty. One cannot frankly say of this multicolored crowd that it is « fashion addict » as it is multiforme. I go shopping, I notice that the « cable car » that I had used more than forty years ago has not changed, I exhausted myself to instinctively seek Lombard Street, that serpentine street that I have already trampled from bottom to top and from top to bottom. A pleasant outdoor restaurant in a pedestrian street tempts me. I lunch in this little bistro to the sound of an accordionist who passes from the Beatles to the Third Man and from Freddy Mercury to Edith Piaf with the same forced smile.

Ken picks me up at my hotel and we go to Jack Falsatff, a restaurant that has decided to show up as a bunker or an abandoned building after the Armageddon invasion. In this place not far from the Giants Stadium that has match tonight (they will lose), we will be outdoors. The sirens, the rumbling trucks will enhance our dinner without disturbing it. I come to open the bottles at 4 pm, and many guests are there to see « the Audouze method » for opening and oxygenation. According to a well-American tradition, the 28 we have brought nearly 70 different wines. The particularity is that these are wines that are hardly found in these tastings: Californian wines before 1980. When this group had invited me to join them, I was asked to propose a theme. I chose the ancient Californian wines, without assuming that the prohibition broke a chain of continuity. There is practically no old wine from before 1960.

The oldest wine of this evening will be a Martin Ray 1953 from Saratoga, Cabernet Sauvignon, a real relic long presented by Paul who brought it and broods it as his child. This delicious wine, with the flavors reminiscent of the rather complex burgundy, pleased me enormously.

The bottles are opened long in advance. Also, with a legitimate pride, Ken opens a half-bottle of Krug Grande Cuvée, very tasty, simple of message, promising of the great event that is being built. New guests arrive, bringing Riedel glasses and wines in their arms. At 7 pm we went to the table. I take the floor to thank the organizers of which Christine, the group’s effective leader, and I give some advice on the tasting of old wines, which will be as unknown for them as for me, because some wines do not come from the cellar of the participants. Quite often, they have done research to find these wines. As soon as we are seated, the glasses fill at a mad speed, for each wants to make others try his contributions. I’m a little worried that we drink so many wines while the meal is not started. I am right, because the soup greatly improves some red or white wines. It is a smiling but total disorder, for while drinking a wine, I am often unable to say which it is. When I am asked which one I prefer from a filling of the moment, I am quite incapable.

I found that the whites aged differently, a Chardonnay 1977 Stony Hill Napa Valley pleasing me much, with the expressive nose of Burgundy, but more sweet on the palate. In the very large sample of wines we brought, I found the same proportion of tired wines and shiny wines as we would have found in France. A Gamay 1970 Joseph Swan marveled everyone because no one was expecting this grape at this level of youth. Many wines were splendid and appreciated as appropriate. There was no corky wine, some being weakly on the nose but not on the palate. All this allows me to declare this test conclusive, proof of the aging capacity of Californian wines, contrary to what many thought when coming to attend this rare meeting, since so many wines before 1980 have hardly ever been gathered to an evening. Many thank me for having been the pretext. They appreciate my statement on the aging ability of the wines of their country.

There were many vintages of Beaulieu Vineyards, Ridge Montebello, Heitz Cellar, Inglenook, names that count in the Californian landscape. I loved a Heitz cellar 1968, a Ridge Montebello 1970, a Beaulieu 1966, an Inglenook 1965. An American would cite the grape varieties by announcing these wines. I did not notice them. A wine that was classified in 1976 as the greatest wine in the world in front of all French wines (Paris 1976 judgment), the Stag’s Leap, which I drink from 1973, seems good to me. But from there to make it a champion is another story …

I brought a Grands Echézeaux Domaine de la Romanée Conti 1974 which was for many their first wine of the DRC. Tired by the transport and temperature variations, with the cork abnormally tired for this age, while Californians of the same vintage sported early ear corks, often weighted with heavy sediments, it is for me of a variable pleasure, when my neighbors « Is it for politeness? » – find it extremely pleasant. Its complexity is indeed greater than that of the wines of here. On the other hand, the Château d’Yquem 1953 of my cellar, at the perfect level, with a very healthy, orange-colored cork holds its promises. A magic wine of great pleasure. The Americans are great children, for while I savor the Yquem religiously, they start off again on the reds, erasing at once the trace so subtle of this sweet wine. In this disparate group animated by the same passion, a face is known to me, but where? When he said, « I have attended two of your dinners, » I look in vain. It was the boss of a group of companies who had in fact ordered me several dinners.

Everyone is delighted, convinced of having participated in a unique event, where the politically correct of « the Californian wine does not age » has just been severely dehorned. The palm goes tonight to the two wines of 1953, the Martin Ray taste so young and so fruity and Yquem, in his absolute glory. Great moment of friendship in an attentive, smiling, and joyfully disorderly atmosphere. The air of nothing, we have just made, without saying it, a session of the Academy of Ancient Wines on the Pacific Coast. And, why not say it, my method of opening has once again demonstrated its effectiveness.

some pictures of my promenade in SF 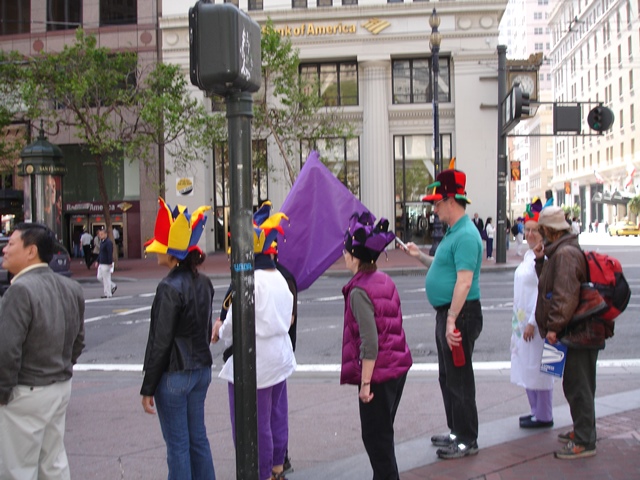 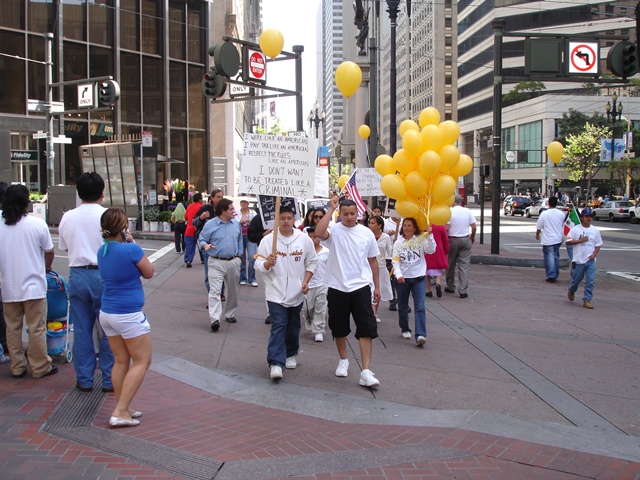 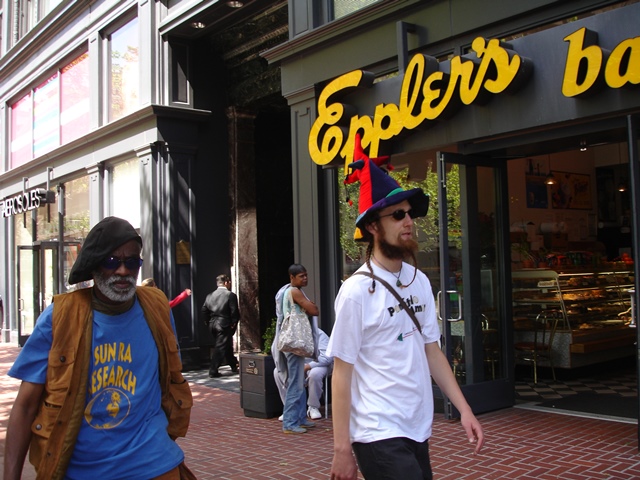 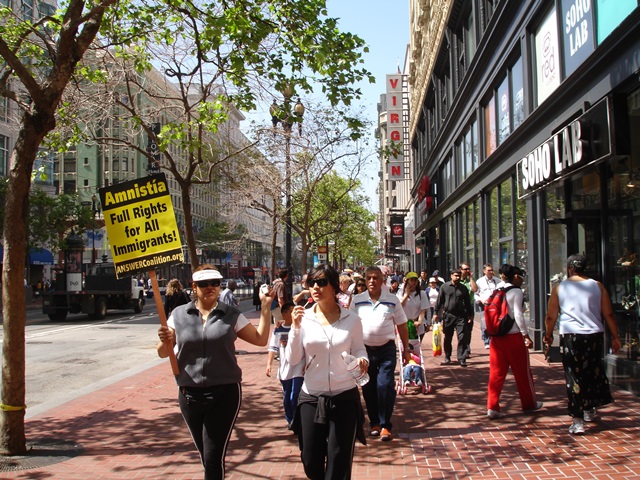 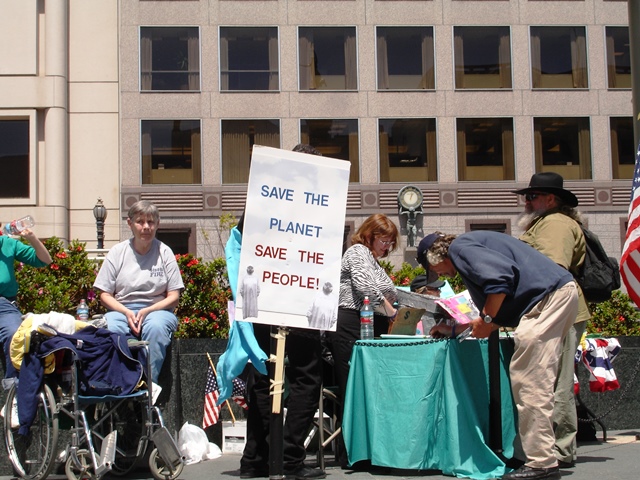 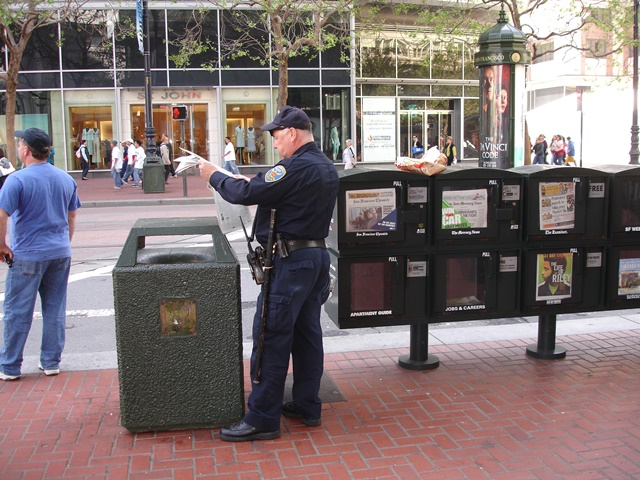 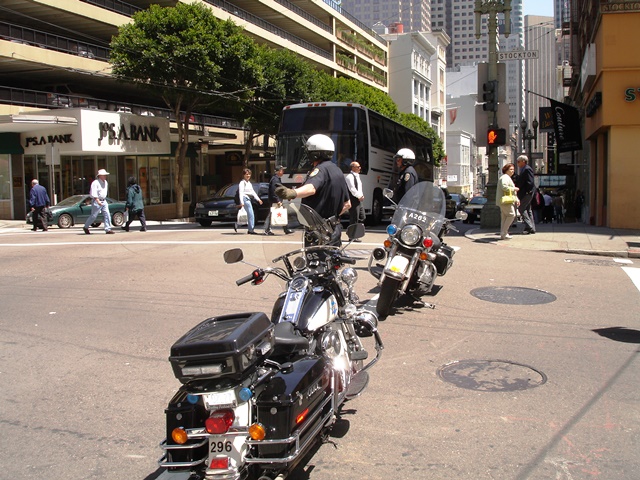 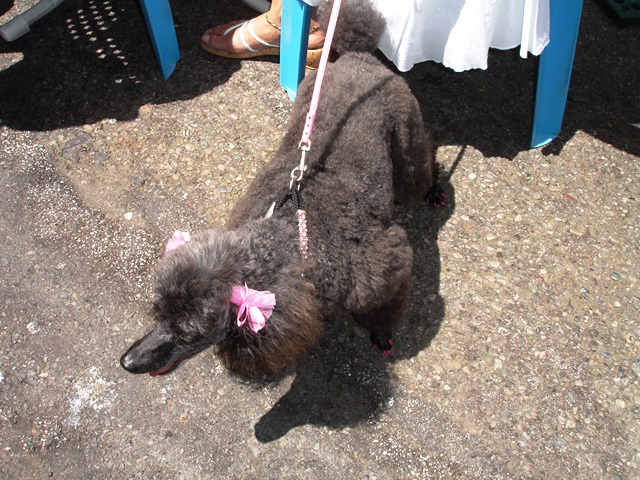