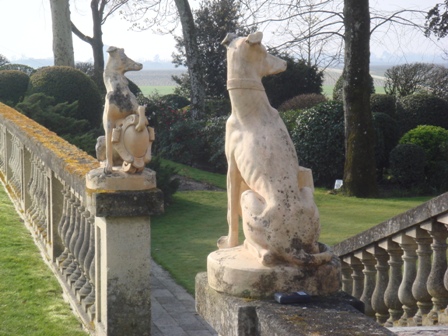 Yquem for beginners – cellars of rich people in the 18th century

There was a conference held in Bordeaux University whose subject was “usage of glass for wine from the 17th century to the 21st century”.

Some 40 speakers talked for three days in two groups and made very interesting contributions. I was one of them and I talked about the “restoration of the patrimony of very old wines with the help of gastronomy”. The speakers and attendants were mainly people from University and it was interesting to see how the knowledge of some speakers was intellectual, with few base on reality. But I have learnt a lot and I would like to pick some brief comments on what I have learnt.

The bottle for wine for storage appeared only in 1690. Previously the bottles were only used to pour the wine taken from barrels in the cellars.

The cellars were mainly constituted of barrels and bottles in cellars appeared really at the middle of the first half of the 19th century. And even then, the inventories of cellars which were made mentioned : 60 bottles of wine from Beaune, or 80 bottles of Meursault, or 40 bottles of Lafite. No indication of years and no indication of domain for the Burgundies. Two studies concerned thousands and thousands of inventories computed, and when I heard that the richest cellar in Bordeaux in 1820 had 4,000 bottles, I thought I would have been an emperor (private joke).

What is interesting is that people had an extremely significant number of sweet wines coming from many origins : Cyprus, South Africa, Syracuse, Madeira, Canaries Islands, Alicante, Portugal, Hungary. So, the common knowledge that the wine went where the natural transportation was cheaper (Bordeaux goes to London and Flemish regions, Burgundy goes to Paris, and Wallonia regions), could have hidden the fact that some precious wines travelled where people could afford them. In this respect, it is very significant for me that I have had the same process as my cellar has a very huge volume of sweet wines of every world region, contrarily to red and whites for which France is 95% of my wines. My collection of Cyprus wines from the first half of the 19th century is very similar to what happened then.

What is also interesting for me is that before 1850 no one cared about keeping wines for a long storage. This is due to the fact that people stored mainly barrels (small ones from various sizes). So, I can imagine that the one who had barrels of Lafite, served the barrel in service, and did not vary the millesimes for varied dinners. And it tells me too that labels with years were completely unusual. So labels for wines before 1850 have surely been made afterwards. And for me it is very sound news, as I have some very old bottles with handwritten labels. It is certainly truer than labels printed one century later.

Another remark is if people have only constituted cellars with vintages to age after 1850, I am completely in time with them, I am not late, as my cellar covers all these years. That makes me happy. But of course I learned many things that I do not relate to my case.

One very amusing detail. I was very proud to have experienced how champagne and oysters work so well together. One speaker talked about the representation of glasses and bottles in paintings of the 17th century. And one painting made in 1720 shows rich people drinking champagne (put in ice) and eating oysters (stored on a bed of ice). This shows that wisdom was already extreme at that time.

Just an information for some huge wine geeks : on the painting they are 6 people at the table, and on the floor there are already 23 empty bottles of champagne. And for the serious eaters, there are hundreds and hundreds oysters all around. People knew how to behave at that time. We have invented nothing.

Many other contributions and speeches were passionating. As such an international event (speakers from Austria, Portugal, Poland, Germany,…) required sponsoring, we had the advantage that Yquem offered a dinner for the speakers in the castle, and that May Eliane de Lencquesaing offered a visit of her museum of glass and a party.

In Chateau d’Yquem, for some people working for the University, it was a dream to be there for the first time. At my table of ten, five people had never drunk Yquem. So, I became for once the teacher, to explain how it is possible to enjoy better Yquem for the first time. I made many suggestions, and people appreciated a lot better their discovery.

We had a champagne Veuve Clicquot rosé NV which was necessary after so many intellectual efforts, and at the tables organised in the great sitting room of the castle, we had Y 2000 which I found better than previous tries, as it has expanded and gained width. We had Yquem 2002 which pleased a lot as it is a bunch of flowers and tropical fruits. Of course it is new and it is not one of the icons of Yquem, but I liked it. I showed to my partners of table that it worked magnificently with the meat sauce (made of a soft red wine !). The Yquem 1996 is in a very uncomfortable phase, exactly as the 1986 was ten years ago. Closed, torrefied, it had not great charm.

I made an experiment with my lovely neighbour : we had ordered a vervain. And with it, the 2002 was oriented towards tastes of tea and gained a wonderful length. On the contrary, the 1996 reacted as crunched paper.

Despite the sponsoring of LVMH we had “only” a XO Hennessy not very convincing.

We went by May Eliane de Lencquesaing about whom I will make a pleasant comment. She attended every conference, even if she was not obliged to, and we sat together. At a pause, she told me : “you must have been surprised by the sale of Pichon”. I said yes. “Why did not you call me?” I said “I did not want to bother you”. She said that I should have done, and very freely and openly she explained many details including some very personal. When we visited her museum, and the other rooms where glass is shown, one attendee told me : “your name is there”. I looked, and I saw a bottle that I had offered to May Eliane for her 80th birthday. It was a Maury 1925 from her birth year, and the empty bottle was there, signed by all her grandchildren, so drunk in family, and there was a mention of my name. I found that particularly friendly and emotional.

May Eliane, whose dynamism seems super natural, talked about her collection of glasses. She offered us Bernadotte 1999 that I did not drink as there was Pichon Comtesse 1993 in magnum that I found absolutely charming as this weak year has sufficiently expanded to deliver a charming message.

I have spent three nice days, talked with very expert people whose subjects of research were interesting. The possibility to visit once again Yquem and Pichon did the rest. I was happy. 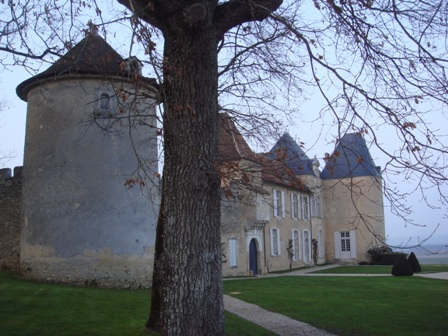 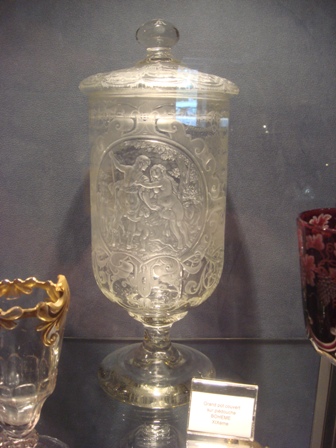 Philippine de Rothschild has organised with Sotheby’s a public sale of many wines coming from the cellar of the castle.

Which are the reason for such a sale ? Probably to make people talk about Mouton, and reinforce the prices for future years.

A Jeroboam (4.5 litres, or 6 bottles) of Mouton 1945 was sold for $310,000. Taking in accounts the extras, it values a single bottle for approximately $60,000. Of course, there is a premium for the extraordinary size of the bottle, surely authentic as it comes from the castle. This justifies this extraordinary value.

As I intend to open Chateau Mouton-Rothschild 1945 in April 2007, every drop will be appreciated as a diamond !

Here are 11 Vosne Romanée Cros Parantoux Henri Jayer which I have bought today : 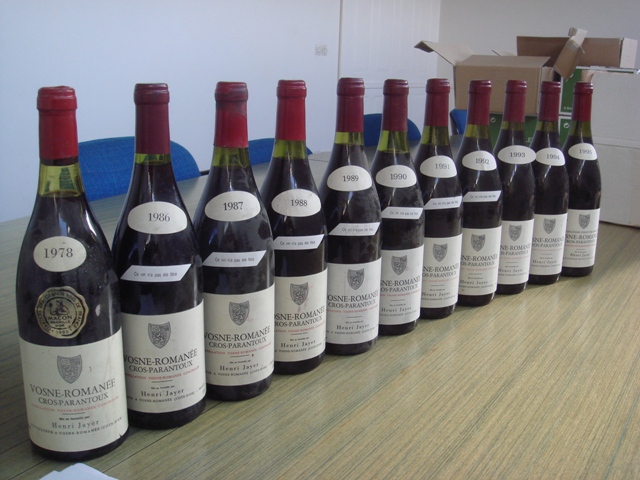 It is certainly one of the buys which excites me enormously.